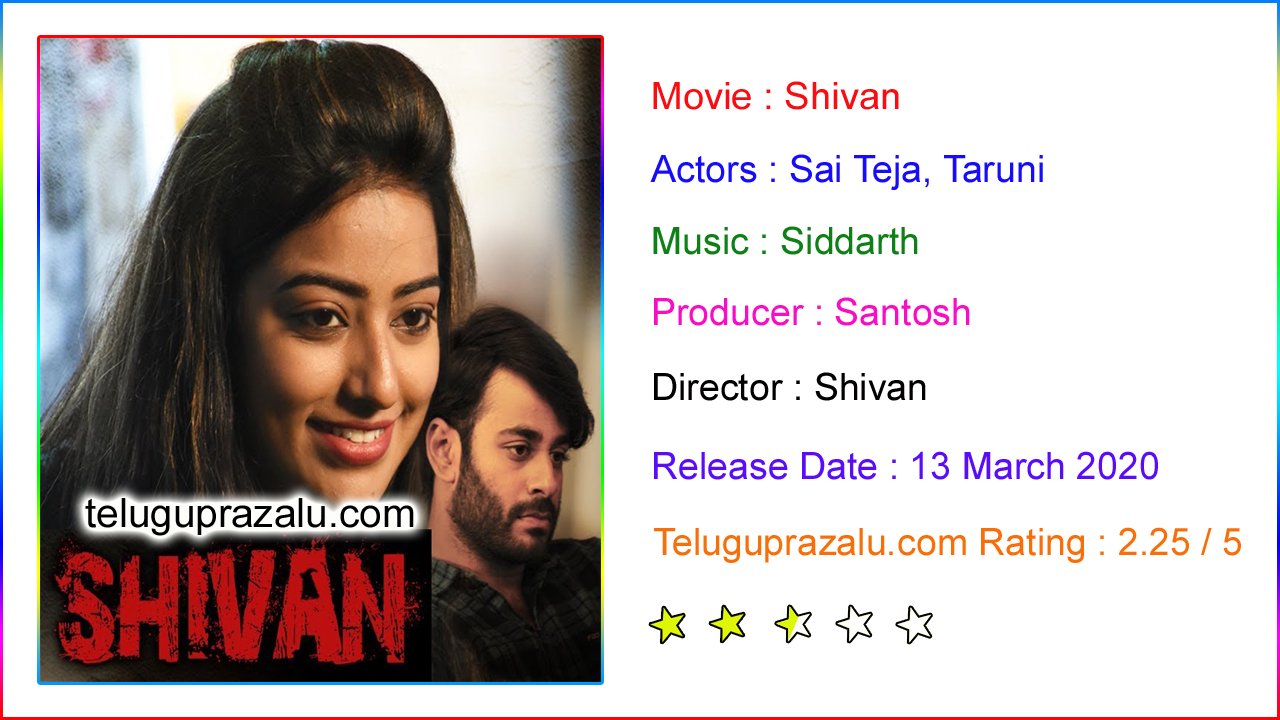 Shivan is a crime drama featuring Sai Teja and Tarun Singh. Touted to be a crime drama, the film has hit the screens today. Let’s see how it is.

Shivan (Sai Teja) has feelings for Sunanda (Taruni Singh) from his childhood onwards. As Sunada loses her parents, Sivan gets even close to her. Their bond develops and the couple decides to get married. On their way to get married, a sudden twist arises and Sivan kills Sunanda brutally. Why did Sivan kill Sunanda? What happened to him suddenly? Is there someone else involved in this murder? That forms the rest of the story.

The concept of the film looks good. Hero Sai Teja did well in his role. He was good with his dialogue delivery and in all the emotional and suspense scenes. Tarun Singh looks cute and does well in her homely role. The guy who played the villain is also pretty impressive.

The director handles the suspense scenes quite well in the second half. The writing for these few films is pretty good. The villain’s twist has also been handled well. The way the climax is ended with thrilling elements is also pretty decent.

When you take such different content, one needs to pack the film with thrilling elements. But that is not the case with Sivan as many scenes have not been handled well. Except for a few emotions, a major part of the film goes for a toss. The so-called thrilling does not create a good impact on the audience.

Yet another main drawback of the film is the weak characterizations of the lead pair. Their chemistry is also not that great and the emotional thread is not handled well for them. There are many scenes and situations that look quite forced in the film.

The film is pretty decent in the technical department. Songs of the film are decent and so was the background score. The camerawork is very good and showcases the film in a good light. Editing is just about okay. The production values of the film are just about okay. Coming to the director Sivan, even though he took a decent concept, his narration is haywire and he sidetracks the film in multiple occasions.

On the whole, Sivan is a crime drama which has good concept gone wrong kind of a scenario. Except for a few emotions, this film does not manage to make use of a good storyline and ends as a boring watch this weekend.