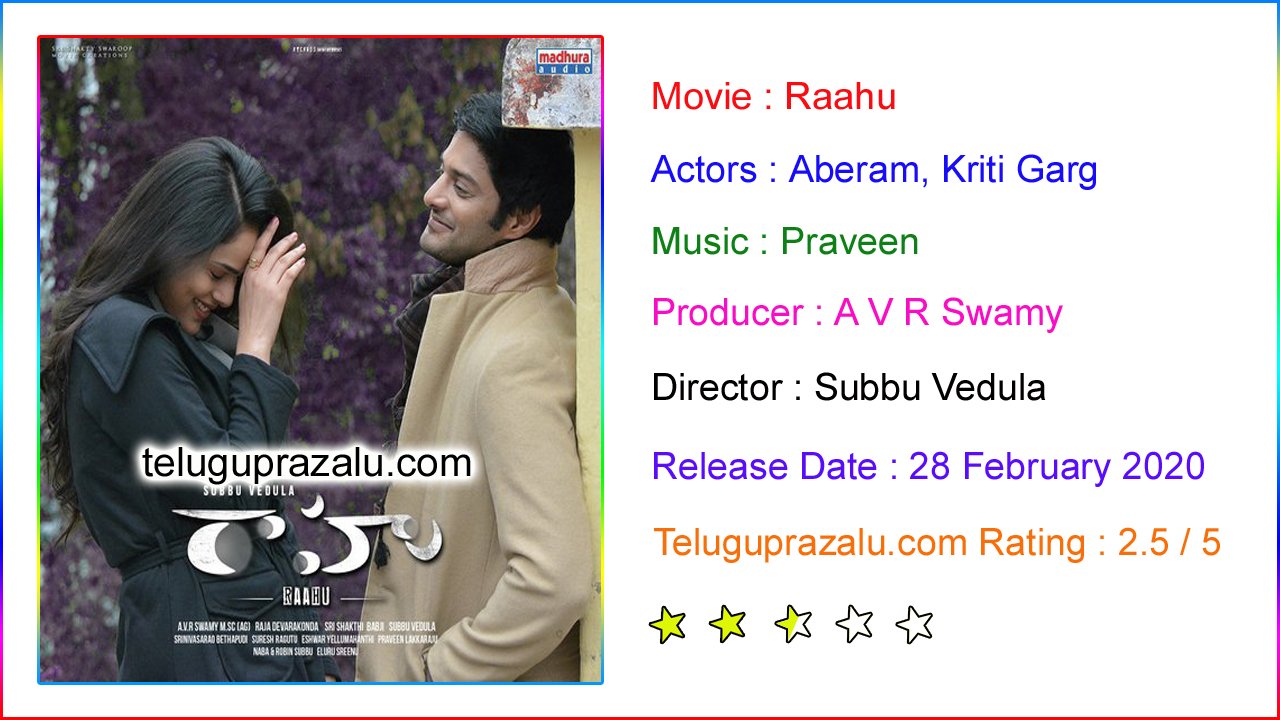 Raahu is a film that has created a decent buzz with its teasers. The film has hit the screens today and let’s see how it is.

Bhanu (Kriti Garg) suffers from a rare disorder where she loses her eyesight as soon as she sees blood. Her dad keeps helping her out of the situation. As years pass by, Jaanu falls in love with Sesh (Abhiram Varma). The couple gets ready for marriage with the blessings of their parents and at the right moment, a problem arises at the wedding. What is that problem and where does a key character, Nagaraju (Kalakeya Prabhakar) feature in this setup.

One of the biggest assets of the film is the heroine Kriti Garg. She plays the central role and is top notch with her performance. She had to do a lot in her role and the new actress carried it with ease and perfection. Kriti was especially good at all the emotional scenes in the second half.

Hero Abhiram was also good as the cop and did his best in his role by showcasing different variations. Kalakeya Prabhakar got a key role and he too made his presence felt. Satyam Rajesh evoked a few laughs here and there. The climax of the film is quite decent.

The director did not make use of the content well and made the film dull in many areas. There were many moments in the film which could have been elevated to create good emotion but the director failed to do so.

The first half of the film is pale and does not have anything interesting. There are many scenes which are quite confusing for the audience as the concept is such. There are way too many forced elements in this film that things down within no time.

The music of the film is pretty good especially the Emo Emo song which has also been shot well. The camerawork in all the crime scene episodes is very good. The BGM was okay but the editing was below par. The production values of the film are just about okay. Coming to the director Subbu, his concept and writing are good but his narration and execution are way too forced and boring.

On the whole, Raahu is a film with a unique concept and has very few thrills and emotions that click. The rest of the narration and execution of scenes are bland in the first half. Even though the film has some moments in the end, by then it is late as the audience gets bored and feels the movie as a below-par watch.