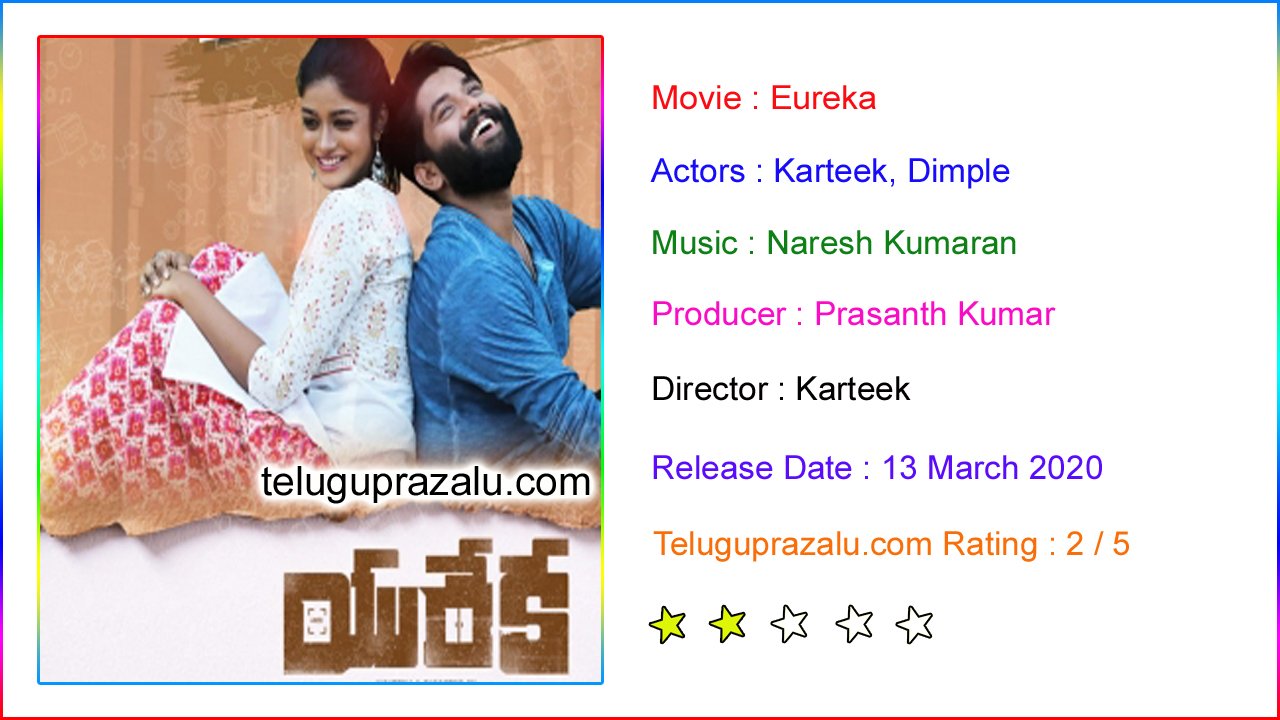 Along with a few other small films, a movie titled, Eureka has also hit the screens today. Let’s check how it goes.

Set in the college backdrop, Eureka opens with an annual college fest and showcases a clash between two gangs led by Yuva(Karteek Anand) and Revanth (Munna). After a few face-off episodes, the film enters into a serious mood during the interval point as a crazy twist is revealed. What is that twist? How will it affect the film? That forms the rest of the story.

The interval point is quite unexpected and raises the curiosity for the latter half. A few suspense-filled scenes in the second half are executed in a decent manner. Looks-wise, lead actors Karteek and Munna are good and delivered a decent performance. Especially, Karteek’s makeover with a thick beard is nice and all the elevation scenes on him are handled in a convincing manner.

Female leads Shalini Vadnikatti and Dimple Hayathi are okay in their roles. While Shalini gets a purposeful role, Dimple Hayathi is cute on-screen as Yuva’s girlfriend. Brahmaji as the college lecturer is hilarious as his role evokes good fun. Other actors like Pelli Choopulu fame Ajay and Raghu Babu fit in their roles well.

Compared to the first half, the second half is far better but has a few illogical scenes like storing a dead body in the college office room. Being a college drama, the film surprisingly has no colorful duets and romantic scenes between the lead pair. This angle should have been elevated well.

As said above, the film enters into the main story only during the interval point. Till then, the proceedings run on a flat note in the first half. Lack of a proper conviction in the conflict point is also a minus for the film.

On the whole, Eureka is a murder mystery that has a few passable moments in the second half. Just to watch the last few interesting moments, one has to go through a boring, ill paced first half which spoils the mood of the audience and makes this film a below-par watch this weekend.